The Earth is Crying Out for Sacred Activism

The Earth is Crying Out for Sacred Activism

On the back of my article last week (Finding my Voice) I think there is madness at the moment all around us !

Have people in the world gone completely insane?  Here is a selection of scenarios/petitions that have come across my path over the last week… and keep in mind this is just a selction, there have been hundreds more.

As you click on the links and read about this absurdity around the world, you can’t help but wonder is there really hope for change, is it completely ignorant to have faith in a better future… or is our impending extinction a good thing ?

Bayer suing European Commission so they can use Bee killing pesticides:
http://action.sumofus.org/a/bayer-bees-lawsuit/13/2/?sub=fb

Canadian Gold mining company suing Costa Rica for 1Billion$ – all because they want to save rainforests
http://action.sumofus.org/a/mining-costarica/5/2/?sub=fb

And then there is a glimmer of hope…

And then, in the height of my deepest concerns, a friend of mine (thanks Suzzannah) posted the following video on facebook… and guess what, my momentary lack of faith in humanity was restored:

Our Problem is Civil Obedience

Our problem is that we have ALLOWED those in places of power to control us, to tell us what to do… even if we felt in our heart-of-hearts it was wrong.   We have followed the powers to be in herd like mass, and now we are paying for our omissions in not speaking up, taking action and following blindly.

We have gone to war and killed in the name of peace, we have witnessed iatrogenic killing through modern medicine in the name of healing and we have poisoned the flora & fauna of our Earth in the name of Western Development and improvement in our standard of living.  When is this insanity going to stop ?

The Earth is Crying… are we listening… and are we going to take inspired action ?

In light of the injustices that humanity has inflicted upon each other and upon the very Earth that supports us… the Earth is now voicing her Heart, sharing with us her pain and responding to the ill-treatment to which she has been inflicted with over so many years.

Our population has increased from 1 Billion to 7 Billion in the last 150 years and we now exploit Earth’s resources at a 30% greater rate than what is sustainable.  Earth is losing 55,000 species through extinction each year… and climate change is set to extinct all life from this Earth.

This is not an ‘end of the world is nigh’ religious prophecy… scientists around the world are all saying the same thing… ‘we sit on the critical point of survival as a human species – if we don’t change they way we use our Earth NOW, it is most likely we will make ourselves extinct’.

I highly recommend the following article to give you a bit of a clear picture (as well as other reading resources) of what is happening her on Earth in THIS GENERATION… it is happening NOW !!!!!

How the Earth is Communicating with Us

The Earth is crying.  We have seen this most recently with Typhoon Haiyan in the Phillipines amongst hundreds of others major unprecendented natural disaster events in recent years.

Of major concern however is the erupting of over 10 volcano’s in Earth’s ‘Ring of Fire’ over the last few months (Sept to November 2013).

Below is an image of the ‘Ring of Fire’ from wikipedia.  The Ring of Fire is an area where a large number of earthquakes and volcanic eruptions occur in the basin of the Pacific Ocean. In a 40,000 km (25,000 mi) horseshoe shape, it is associated with a nearly continuous series of oceanic trenches, volcanic arcs, and volcanic belts and/or plate movements.  It has 452 volcanoes and is home to over 75% of the world’s active and dormant volcanoes.

Whilst it is not unusual for a few volcanoes to be active in this ring at any one time, as sudden major increase in this activity is a cause for concern.  Is this change a part of a tipping point in a delicate web of life on Earth ?  Are the changes partly due to tears in the fabric of Earth’s Crystalline field induced through the blind ignorance of man ?  Is our Earth ‘Crying Out for Help’… and with Earth’s movement through the Photon Belt and transit of Comet ISON is the Earth taking this opportunity to directly speak with us ?

Here is a summary of what is happening in the ‘Ring of Fire’ at this time:

And scientists around the world are keeping watch for changes in:

Mount Fuji – Japan:  Expectation of a big eruption due to increase pressure in chamber

What can you/we do ?

Now I am not posting this article to get you all worked up about are impending doomsday, but rather to foster discussion and spiritual action through Sacred Activism… such that we can be the change needed on Earth at this time.

I LOVE these most profound words on Sacred Activism by Andrew Harvey:

“A spirituality that is only private and self-absorbed, one devoid of an authentic political and social consciousness, does little to halt the suicidal juggernaut of history. On the other hand, an activism that is not purified by profound spiritual and psychological self-awareness and rooted in divine truth, wisdom, and compassion will only perpetuate the problem it is trying to solve, however righteous its intentions. When, however, the deepest and most grounded spiritual vision is married to a practical and pragmatic drive to transform all existing political, economic, and social institutions, a holy force – the power of wisdom and love in action – is born. This force I define as Sacred Activism.”

Individually and collectively there is so much we can do to NOT BE OBEDIENT and to NOT follow blindly those people leading us to the gas chambers of our impending extinction.

Here are some great links to pages to get you started on your quest for revolutionary conscious change from the inside-out:

And finally…. I wrote of Russell Brands ‘Spiritual Revolution’ a little while back, urging the peoples of the world to unite together, to speak up and be the Sacred Activism that is needed at this time.  In other words – ‘don’t blindly follow, take the right to change things’. 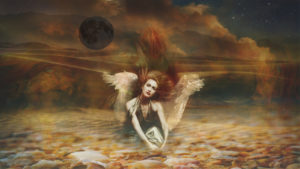 Every ounce of my being is shimmering today, after the most heartening weekend of connection. The shift is happening... can you feel ... 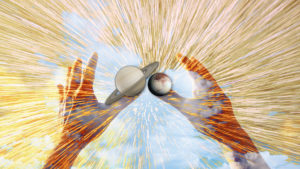 The EXACT conjunction of Saturn & Pluto on the 13 January 2020, marks the first of 3 powerful cycles coming into play ...