A SUPERMOON  is a new or full moon which occurs with the moon at or near (within 90% of) its closest approach to Earth in a given orbit.  Thus in order to be a Super Moon, the Moon must come within 361,863 kilometers (224,851 miles) of our planet, as measured from the centers of the moon and Earth.

What did astronomers call these moons before we called them supermoons?   They called them a perigee full moon, or a perigee new moon.

Based on the above definition, 2015 will have six supermoons: the new moons of January, February and March, and the full moons of July, August and September.

It is interesting to note that in 2014 we had 2 supermoons in one month, but we will not experience this again until 2018 !

Referring to the image on the right, around each new moon (moon is on left in image) and full moon (moon in on the right in image) – when the sun, Earth, and moon are located more or less on a line in space – the range between high and low tides is greatest. These are referred to as Spring Tides  (Image:  www.physicalgeography.net)

Will the tides be higher during the supermoons ? Yes, all new moons (and full moons) combine with the sun to create larger-than-usual tides, but perigee new moons (or perigee full moons) elevate the tides even more. Each month, on the day of the new moon, the Earth, moon and sun are aligned, with the moon in between. This line-up creates wide-ranging tides, known as spring tides. High spring tides climb up especially high, and on the same day low tides plunge especially low.

What does this all mean ?  Energy runs high during a Super Moon… you may feel more emotional, electric, experience sleep disturbances or have expressive dreams.  The best way to balance with the energy is to Earth yourself by walking bare foot on the ground, swimming in a lake or the ocean or connecting your body somehow with nature.

There won’t be a perigee full moon in 2017 because the full moon and perigee won’t realign again (after November 14, 2016) until January 2, 2018. By the way, some astronomers will call all the full moons listed above proxigee full moons. But, like you, we’ll have fun just calling ‘em Super Moons.

A micro moon is the name given to a Full Moon that occurs when the moon is farthest from the Earth.

One fortnight (approximately two weeks) after the year’s nearest new moon on 18/19 February, it’ll be the year’s farthest and smallest full moon on 5/6 March, 2015, referred to as a Micro Moon.

Refer to NASA & Timeanddate for more info on Micro Moons. 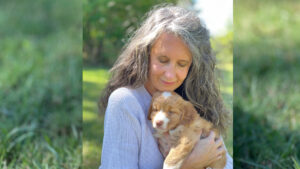 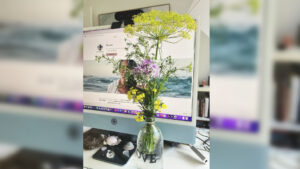