DNA – Our 13 levels of Consciousness

DNA – Our 13 levels of Consciousness

DNA resides within the nucleus of every cell in the body – and there are approximately 100 trillion cells within the body. DNA is responsible for directing cellular function and is a genetic blueprint that encodes skin, eye and hair colour, height, blood type and fingerprints. It also carries our ancestral and cultural imprints including disease traits.

The ‘old’ scientific view of our DNA

‘The Human Genome Project’, an international scientific research project established in 1990 set out to map the human genome.  By 2003, the entire Human Genome had been decoded.

It was found that human DNA encodes for approximately 30,000 genes and that humans use less than 5% of their DNA.  The remaining 95% of DNA is referred to as ‘junk DNA’ and is believed to have no function within the human body as it is a redundant leftover of our evolution.

The Human Genome Project thus fully mapped the 5% of our functioning DNA (Codons / Genes) to understand how this genetic coding controls functions, behavior and development of the human body.

This 5% of functioning DNA was found to CONTROL the function of humans, and hence DNA was deemed the brain of the cell.

The ‘awakened’ scientific view of our DNA

Whilst western science was focused on The Human Genome Project, a Russian research team headed by Dr Pjotr Garjajev and comprising of molecular biologists, physicists, embryologists and linguistic experts also commenced investigations in 1990.

Their research uncovered that the 95% junk DNA was in actual fact a highly intelligent combination of Codon sequences that spoke a ‘language’.  This biological language not only explained the origins of human language but was also a text that could be altered.  That is, DNA is reprogrammable and DNA codon sequences can be inter-changed and activated.

Cellular Biologist Bruce Lipton (Biology of Belief, 2005), is one of thousands of scientists that are re-writing the old science regarding our knowledge of the functioning of our DNA.  Bruce Lipton’s years of research uncovered that the DNA within the nucleus of every cell is simply a response unit to the environment.  Receptors on cell membranes (the walls of cells) ‘read’ the messages from the environment and ‘tell’ the DNA how to respond accordingly.

Thus it is the ‘environment’ that either inhibits or promotes the functioning of DNA, and it is the environment that has the capacity to reprogram / activate the non-functioning DNA.

The environment is considered to be a combination of:

Our Ancient Ancestors… wisdoms for the future

The wisdoms of our ancient ancestors provide a much more detailed picture of the structure of our DNA, both physical and energetic.

This wisdom is held deep within the Crystalline Grid of Gaia (the Akashic Earth Records) and is a rich history of information from all life forms that have walked the Earth, as well as the higher dimensional wisdoms of the Pleiades, Sirius and the Galactic Centre.  These lighrecords of creation area also accessible via the ancient OmAhOm Symbol of life.

The Akashic light records unveil that our ancient ancestors were fully versed in the different levels of DNA –  the 13 levels of consciousness of our DNA.

The first two levels, relate to the 2 strands of physical DNA creating the double helix.
The next 11 levels relate to the 11 Energetic Bodies (auric levels) that surround the DNA.

The Diagram below, as studied during our Crystal Light Healing® Practitioner & Teachers Courses, shows our double helix (2 strands) of DNA as well as the 11 Energetic Bodies that surround each DNA Helix – representing our 13 levels of DNA consciousness through Metatron’s Cube. Whilst each of the 11 energetic bodies of our DNA appear to be separate layers built on top of each other (a little like Russian Babushka dolls), in actual fact each outer layer contains all layers directly beneath it.

There are many people on Earth that refer to this DNA configuration as 12 stranded DNA  (Physical DNA + 11 additional strands).  This appearance of 12 strands may result as a holographic phenomenon when viewing the energetic bodies of DNA remotely.

However, Crystal Light Healing® remains true to the teachings of our ancient ancestors, thus the structure of our DNA is the physical DNA double helix + the 11 energetic bodies, creating 13 levels of consciousness held within our DNA.

Our ancient ancestors consciously worked with the 2 physical strands of DNA + the 11 energetic bodies of DNA (thus the 13 levels of DNA consciousness) in order to activate aspects of their DNA that in today’s terms are referred to as ‘junk DNA’.

Each energetic body of the DNA relates to one or more junk ‘codons’ on the DNA –  referred to as DNA Light Codes. Just like our ancient ancestors, we have the same potential to turn ‘on’ our Light Codes and awaken those aspects of our DNA that are ‘asleep’.

In numerology the number 11 is a Master Number – ‘Master’ meaning it is of intense/high vibrational frequency and works within the aetherial, magical and transcendental realms of creation. Master numbers possess great potential for learning and growth, and can bring major transformations in your life.

The number 11 is the most intuitive number and is a clear channel to the subconscious. It is the number of leadership, personal power and spiritual truths. The number 1 by itself represents leadership, initiative and new beginnings … thus two number 1’s together opens a gateway of potential far greater than the sum of its parts.

Thus it is no coincidence that we have 11 energetic bodies of our DNA… a global MASS AWAKENING into the aetherial realms of creation.

Conversely, when you see 11:11 popping up in your life (on clock radios, phones, electronics etc)… it is a reminder that what is within you (11 energetic bodies of your DNA), is but a mirror reflection of what is around you.   You are a divine fractal of the holographic field.

The word ANGELS in numerology resonates to the Number 22 (11+11)… a reminder that you are surrounded by Angels in each & every moment, both within & without… you are NEVER alone!

Benefits of Activating & Attuning your DNA

Activating and Attuning our DNA Light Codes to their highest frequency, means that we are using higher and higher percentages of our DNA.

Rather than being a victim of circumstance, or having a DNA expression that is the result of living in an environment based on a paradigm of fear, we have the potential to stand outside of the box and express our DNA to its highest potential.

As all 64 DNA Light Codes are ACTIVATED and then ATTUNED over time, we begin to experience changes within our physical, emotional/mental and spiritual ways of beingness.

Crystals are the DNA of planet Earth as their mineral compositions came into existence during Earth’s birth over 4 billion years ago.   Crystals can absorb store, focus and amplify energy… and as such they hold electro-magnetic consciousness of the evolutionary cycles of our planet.

It is this metaphysical crystalline Piezoelectric effect that Crystal Healers embrace to support clients in ‘turning on’ their DNA and moving beyond their perceived limitations.

When Crystal Healers bath a persons DNA in a crystalline cosmic soup of electro-magnetic frequencies (metaphysical crystalline Piezoelectricity), the 13 levels of DNA consciousness are awakened and hence the person’s DNA responds to the environment and quantum leaps into a higher level of expression.

If you are interested in learning more about the 13 Levels of DNA consciousness and how to actively awaken your DNA to a higher evolutionary potential, then I highly recommend the following sources that directly work and teach these ancient wisdoms:

The following short video demonstrates crystalline ‘Piezoelectricity’ and hence the potential to ‘wake up’ our DNA to a higher level of consciousness through Crystal Healing.

The video was filmed at our May 2013 Crystal Light Healing Teacher’s Course.. big thank you to DaveWilcockPhotography.com ! 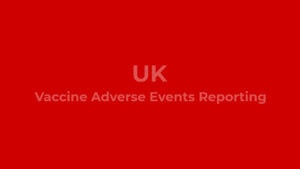 We will update this page each week with Adverse Reactions to COVID19 Vaccines in the United Kingdom - from GOV.uk Website. Before ... 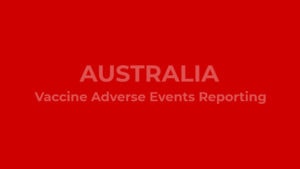 As I write this post, I am dreamily thinking of my own three pregnancy's (2 of which were full term).  How the ... 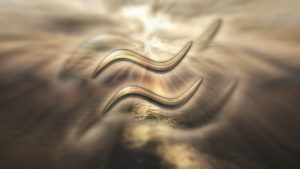 What makes our February 2021 New Moon in Aquarius quite breath-taking is that our Moon & Sun in Aquarius are joined by ... Wisdom of HoneyBees – Their Song & Prayer

With integrity & sacred reverence toward a world more beautiful, where we place our attention of body, mind & soul has the ...

Something went wrong. Please check your entries and try again.
With the W-H-O green-lighting the use of m-R-N-A-v

I am a proponent of ethical Health Care. ⁠ ⁠ W

Vera Sharav, what an amazing woman !⁠ ⁠ I high

Today is our NEW MOON in AQUARIUS... This reLOVEut

A little Nature LOVE ahead of tomorrows AQUARIAN N

Full Moon in Leo beaming through my window last ni