I have written many posts on Transhumanism over the last 12 months.

As Dr Sherri Tenpenny writes in her Article:  DNA, Vaccines, and Transhumanism

Transhumanism is a futuristic concept where man and technology blend, resulting in soulless intelligent machines.

It is a movement that favors the evolution of a new species of human through the use of integrative circuitry. Referred to as “human betterment for the post-human era,” transhumanists assume that humanity will only be enhanced by machines. No damage. No degradation. And no possibility for coercion or domination. In a post-human world, humanity as we know it will be obsolete.

In 2012, artificial intelligence pioneer Ray Kurzweil became Director of Engineering and Chief Futurist at Google. He was hired to work on projects to teach machines to learn. Kurzweil predicts that by 2030 (there’s that The Great Reset date again) technological advances will allow tiny nano-bots into the bloodstream by way of injection.

From there, they’ll pass through the blood-brain barrier, and integrate into the brain. The human brain can then connect “the cloud,” achieving a level of brilliance never thought possible. So, essentially, biological beings will become “non-biological entities.”

In his book, The Singularity is Near: When Humans Transcend Biology, Kurzweil states, “In the future, there will be no distinction between human and machine, or between physical and virtual reality.”

The Quest for Control of the Human Brain

In former-president Obama’s 2013 State of the Union Address, he announced his plan to invest in brain mapping technologies.

In April of that year, a $100+ million initiative was launched called BRAIN, which stands for Brain Research through Advancing Innovative Neurotechnologies. Multiple public-private partnerships were funded, including the Allen Institute for Brain Science, the Howard Hughes Medical Institute, Salk Institute for Biological Studies, and the Kavli Foundation and Institutes. US Government tax dollars also funded this project; the government allocations included:

Using those funds — and more — DARPA announced in 2016 it would develop the Neural Engineering System Design (NESD) program. Touted as the next-level brain-computer interface (BCI), the NESD system is designed to turn brain activity into a binary code, allowing humans to engage with machines wirelessly, by simply thinking.

While many amazing medical uses could come from this research, from treating PTSD and traumatic brain injuries (TBIs), to maneuvering brain-activated exoskeletons and prosthetic limbs, it takes very little imagination to see how this research could quickly turn dark.

Post-humans will live longer and be Global Citizens. The future will offer a single meld of humans and apolitical identity. All under rule by the UN and the global Sustainability Agenda.

Bionic humans will have no need to connect, even with creatures of their kind. Advances in animal cloning and embryonic stem cell technologies are bringing human cloning closer to reality, eliminating the need to procreate. This satisfies the globalist’s concerns regarding planetary overpopulation. Need more worker bees? Create them at the factory. They need no benefits, no vacations, and can work 24/7.

DNA vaccines, a type of genetic engineering, were first tinkered within the early 1990s. A small snip of DNA, say, from a herpes virus, makes its way into a bacterial “bubble” called a plasmid, by way of injection.

When the plasmid-laden vaccine is injected, the cellular immune system gears up to eliminate the foreign protein (plasmid + viral DNA snip). And at the same time, the humoral immune system creates antibodies against the viral DNA. When a herpes virus enters the body, the memory T-cells and B-cells work together to attack the foreign virus. This eliminates the virus it and avoids infection.

This process is not without problems.

A concern that sounds like science fiction is the use of DNA vaccines in food-producing animals. The foreign DNA can incorporate into an animal’s DNA, getting into the human food supply. The plasmid DNA can disrupt the animal’s microflora, and even potentially transform the environmental microflora as the animals defecate.

This level of genetic manipulation makes DNA vaccines a dreamy tool of the transhumanists. With a host of companies working on biotic human body parts and DARPA working to build killer robots, designing DNA vaccines to enhance human DNA is only a step away. In fact, Editas Medicine, a US-based company, announced in November 2015 that the trials with the first humans to have their DNA genetically modified were well underway.

If robots could think, feel and have a conscience, would that make them human? Or, would the lack of genetic material always render it as non-human? Using the combination of artificial intelligence, nanotechnology and DNA vaccines to insert human genes and human characteristics into machines is no longer just for the movies. At what point are humans no longer humans?

As vaccine recommendations become mandates – and 30 states are now pushing for mandatory vaccines, will you retain your right to refuse?

Dr. Sherri J. Tenpenny is an osteopathic medical doctor, board certified in three medical specialties. Widely regarded as the most knowledgeable and outspoken physician on the adverse impact that vaccines can have on health, Dr. Tenpenny has been a guest on hundreds of radio and national television programs (including the Dr. Oz Show and the Today Show Australia). She has lectured at Cleveland State University and Case Western Reserve Medical School, and has been a speaker at conventions, both nationally and internationally, as a recognized expert on a wide range topics within the field of Integrative Medicine including breast health, breast thermography, women’s hormones, medical uses of iodine and the adverse effects vaccines have on health. 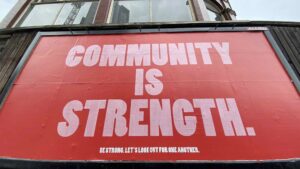