Whilst Pfizer & Moderna are mRNA Vaccines, the Oxford-AstraZeneca Vaccine, is a different type of Vaccine.

At the beginning of this Video, Mary Holland, Children’s Health Defense president, and Polly Tommey, co-producer of “Vaxxed,” discuss AstraZeneca regarding the US and the recent reports on BloodClots.

You may also wish to read these articles on AstraZeneca & BloodClots:

Why the credibility of AstraZeneca’s vaccine data matters
An independent trial review board says AstraZeenca may have included outdated information about its clinical trial results in a press release.  Ultimately, the company will have to present a full set of clinical data to the FDA, and the FDA will conduct a thorough and public review, as it has with the other vaccines.

Finland extends probe of AstraZeneca jab but to resume use for those aged 65 and over
The institute is still looking into two cases of blood clots in Finland and said it needed more time to complete its investigation, which will be finished on April 6 the earliest.

Two Danes suffer from brain hemorrhage after getting AstraZeneca coronavirus jab
Two healthcare workers in Denmark developed brain hemorrhages after they received AstraZeneca’s Wuhan coronavirus vaccine. The two health care workers experienced brain bleeds within 14 days of getting the jab. One of the patients has died as of writing, while the other one remains in critical condition.

New research points to link between AstraZeneca vaccine and blood clots
Researchers at the Greifswald teaching hospital in northern Germany said Friday they’ve discovered how the AstraZeneca COVID vaccine could cause blood clots that could lead to rare thrombosis in the brain, public broadcaster Norddeutscher Rundfunk reported.

RFK, Jr. to President Biden: No. 1 Driver of Vaccine Hesitancy Is Mistrust of Regulators
Children’s Health Defense Chairman RFK, Jr. says transparency, robust science and a functional surveillance system are the only ways to build public trust for the COVID vaccine.

What are BloodClots – World Response to AstraZeneca

Also, here is a link to the UK Govt AstraZeneca Vaccine information referenced in the Video.

About Dr Brian Hooker
Brian S. Hooker, PhD, PE, is an Associate Professor of Biology at Simpson University in Redding California where he specializes in microbiology and biotechnology. He also teaches chemistry at Shasta College.

Brian dedicated over 15 years as a bioengineer and the team leader for the High Throughput Biology Team and Operations Manager of the DOE Genomics: Genomes to Life (GTL) Center for Molecular and Cellular Systems at the Pacific Northwest National Laboratory (PNNL).

Brian Hooker has many accomplishments to his credit including: co-inventor for five patents, recipient of the Battelle Entrepreneurial Award in 2001, and a Federal Laboratory Consortium Recognition Award in 1999, for his work on “Reactive Transport in 3-Dimensions.” The breadth of Hooker’s over 60 science and engineering papers have been published in internationally recognized, peer reviewed journals.

Dr. Hooker has been active in the autism community since 2001,  after his son, Steve (now 19 years of age), was vaccine-injured.  He started investigating & researching vaccine science & safety which led him  in 2013 and 2014 to work with CDC Whistleblower, Dr. William Thompson, to expose fraud and corruption within vaccine safety research & CDC  – which ultimately led to the release of over 10,000 pages of documents.

Even some in the independent media have bought into the hype surrounding the Oxford-AstraZeneca COVID vaccine and its “not-for-profit” nature.  But once you peel back the layers of obfuscation you quickly find not only the profit motive hiding underneath, but the dark specter of eugenics.

The Year Ahead – Part 2: Biosecurity

Eugenics: The Future Of Human Life In The 21st Century

Event Review: Selective Reproduction, Bioethics, and the Idea of Eugenics

Who Is Bill Gates? 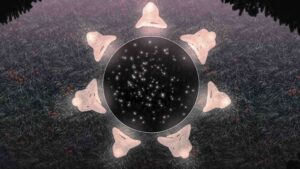