5G Radiation is DANGEROUS – What you can Do

5G Radiation is DANGEROUS – What you can Do

In my Lightrition your Life Course, I explained in detailed the dangers of 5G and what you can do to minimise your exposure to 5G.  I also spoke about how 5G is the stepping stone in the creation of the Internet of Things (IoT), and ultimately Transhumanism & 7G, and The Great Reset.

Whilst 5G may have disastrous effects for humanity, sharing the amazing efforts of people & advocacy groups highlighting the harms and initiating actions to help people take back their power.

If you are new to investigating the dangers of 5G, then the following video makes great inroads into some of the Key Issues.

In this Dean’s Lecture, epidemiologist and electromagnetic radiation expert, Dr Devra Davis, will outline the evolution of the mobile phone and smartphone, and provide a background to the current 19 year old radiation safety standards (SAR), policy developments and international legislation. New global studies on the health consequences of mobile/wireless radiation will be presented, including children’s exposure and risks.

Dr Devra Davis is an internationally recognised expert on electromagnetic radiation from mobile phones and other wireless transmitting devices. She is currently the Visiting Professor of Medicine at the Hebrew University Hadassah Medical School, and Visiting Professor of Medicine at Ondokuz Mayis University, Turkey. Dr Davis was Founding Director of the Center for Environmental Oncology at The University of Pittsburgh Cancer Institute —­ the first institute of its kind in the world, to examine the environmental factors that contribute to the majority of cases of cancer.

In 2007, Dr Devra Davis founded non­profit Environmental Health Trust to provide basic research and education about environmental health hazards. Dr Davis served as the President Clinton appointee to the Chemical Safety and Hazard Investigation Board in the U.S.A. from 1994–­1999, an independent executive branch agency that investigates, prevents and mitigates chemical accidents.  As the former Senior Advisor to the Assistant Secretary for Health in the Department of Health and Human Services, she has counseled leading officials in the United States, United Nations, European Environment Agency, Pan American Health Organization, World Health Organization, and World Bank.

Dr Davis holds a B.S. in physiological psychology and an M.A. in sociology from the University of Pittsburgh, 1967. She completed a PhD in science studies at the University of Chicago as a Danforth Foundation Graduate Fellow, 1972 and a M.P.H. in epidemiology at the Johns Hopkins University as a Senior National Cancer Institute Post-­Doctoral Fellow, 1982. She has authored more than 200 publications and has been published in Lancet and Journal of the American Medical Association as well as the Scientific American and the New York Times.

Dr Devra Davis is an internationally recognised expert on electromagnetic radiation from mobile phones and other wireless transmitting devices.

In this video, Meryl Dorey of the AVN chats to Rinat Strahlhofer about her work educating people about dangers of 5G Mobile Phones (eg iPhone12).

The conversation takes a deep dive into the Internet of Things (IoT), Transhumanism, and how this agenda could relate to this COVID moment.

After watching the above two videos, this video talks about the impact of Graphine Oxide in the jabs, and the potential electrical conductivity, as well as toxicity.   Could the Graphene be a conductor of 5G ?

The BioInitiative 2012 Report [updated 2014-2020) has been prepared by 29 authors from ten countries, ten holding medical degrees (MDs), 21 PhDs, and three MsC, MA or MPHs. Among the authors are three former presidents of the Bioelectromagnetics Society, and five full members of BEMS.   The full referenced report investigates the possible risks from wireless technologies and electromagnetic fields.

I highly recommend that you Read the Full Report, or even Read the Report Summary Conclusion.  The outcome from the report highlights the extensive damage 5G and all wireless technologies & EMFs have not only on plant & animal life, but also on the human body. 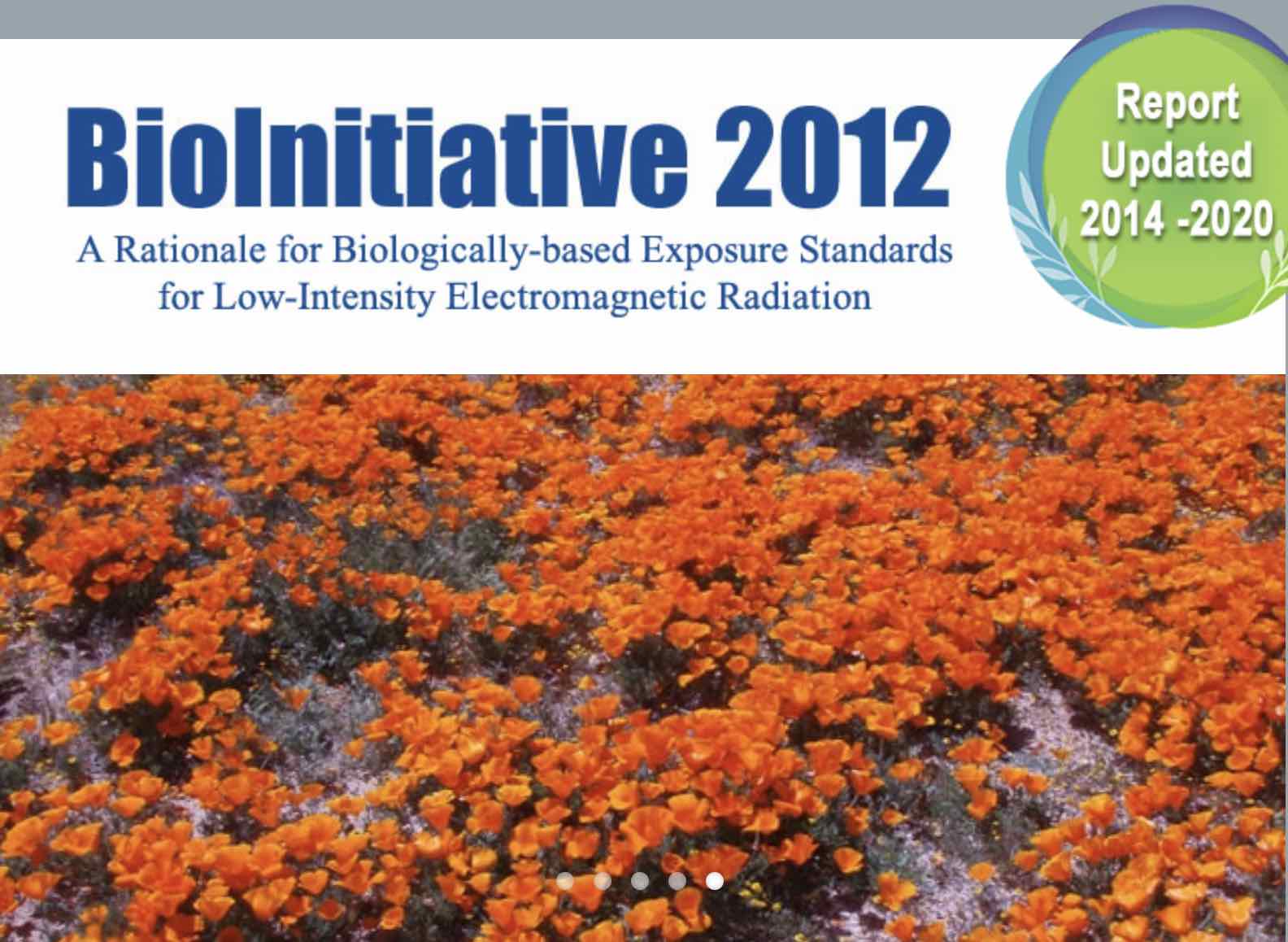 If you would like to do more research, read studies on 5G, or discover ways to support yourself, then you may find nourishment in the following resources: 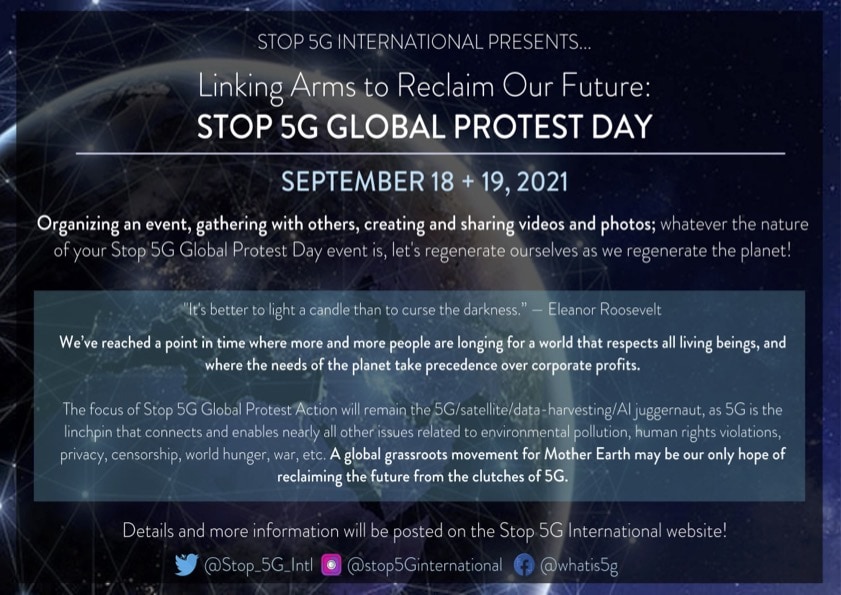 Dafna Tachover is the Director of the 5G and Wireless Harms project of the Children’s Health Defense, a non-profit organization chaired by Robert F. Kennedy’s Jr, dedicated to eliminating the epidemic of chronic sickness in children from environmental toxins.   Dafna is also the founder of We Are The Evidence, an advocacy organization for the protection of the rights of the many adults and children who have been injured by wireless technology radiation.

Dafna is an attorney in NY and in Israel and also has a technology background from her service as a Telecommunication and Computers Officer in the Israeli Defense Forces (IDF). In addition to her advocacy efforts on the federal, state and municipal levels she has led a few landmark cases.

In 2012 she initiated and led a Supreme Court case in Israel to replace the use of Wi-Fi in schools with wired networks, a case that led to the first limitations on Wi-Fi use in schools worldwide. In 2020, under Dafna’s direction CHD filed a landmark case against the FCC challenging its Health Guidelines regarding wireless radiation.

In February 2021 she initiated a second case against the FCC, a case against the OTARD rule, a rule that allows the installation of base station antennas on homes without permit or notice while preempting state and zoning laws.

In the Video below, Dafna talks about the Dangers of 5G and suggestions of things you can do to both speak up within your communities and minimise your exposure.

The following videos take things a little out there, but  I believe help open up the conversion ‘What don’t we know about SmartPhones, the impact of 5G,  and Artificial NanoIntelligence.  Is this a potential reprogramming of the entire Human Race?

And here is the follow-on video from the above video, discussing Cybernetics, 5G, Humans & AI (Artificial Intelligence).