What is ID2020? It is an alliance of public-private partners, including UN agencies & Gates Foundation allies. It’s an electronic ID program that uses Vaccination as a platform for Digital Identity.

Agenda ID2020, if carried out, is the ultimate control over the world population. It is a mechanism that would allow controlling every movement of each one of the 8-plus billion people of planet earth, including everyone’s health records, cash flows, bank accounts, as well as our behavior.

In 1999, The Bill & Melinda Gates Foundation funded $750 million to set up Gavi, The Vaccine Alliance.

In 2010, Bill and Melinda Gates announced a $10 billion pledge to usher in a decade of vaccines.

In 2019, The Bill & Melinda Gates Foundation funded the GSMA Inclusive Tech Lab, with the aim of which is to promote access to digital and biometric identity services and financial systems.

And finally ID2020 was launched in 2019, designed to leverage vaccination as an opportunity to establish digital identity. This digital identity system is said to carry “far-reaching implications for individuals’ access to services and livelihoods,”.    ID2020 brings Gavi and Gates’ old company Microsoft and other corporate partners, including the Government of Bangladesh together to create a Global Digital ID system.

Gavi has been planning for many years to tie Vaccine recipients with Governmental Digital Health Records and, ultimately, with biometric ID databases. Meanwhile, Gates himself has been a vocal advocate of India’s Aadhaar system, the ambitious project to enroll a billion Indian citizens in the largest biometric database ever constructed.

EarthNow, founded in 2017,  is a start-up company based in Washington. EarthNow plans on launching 500 plus satellites into our atmosphere, providing its users with near instantaneous video feedback with only one second of delay.   Bill Gates has backed Earth Now’s $1 billion plan to cover Earth in ‘Big Brother’ satellites capable of streaming ‘live and unfiltered’ HD footage of the planet.

Microsoft holds the Patent 060606 for Cryptocurrency System using Body Activity Data.  Could the body be monitored through EarthNow (via Vaccination Injection of metallic NanoParticles / Digital ID2020) and receive digital cryptocurrency in return for BioMetric Data ?   Could this lead us to a future social credit system, that coerces us to think/feel like we are being told to think/feed ?  Could we lose access to our Digital Money, or find ourselves cutoff from Government Services should our Biometric data oppose the system ?

Digital Identity is already being rolled out as we speak.   In a clever way of implementing the plan globally, already we are seeing Digital Vaccine Passports and Digital Travel passes in response to COVID.

In fact, the German Parliament (Bundestag) ratified on 29 January 2021, the implementation of Agenda ID2020, a centralized general electronic data collection of every citizen to which every government agency, police – and possibly also the private sector would have access.   And in Switzerland, Agenda ID2020 will come to a popular vote on 7 March 2021, with the Swiss government looking to outsource management of Agenda ID 2020 to the private sector.

In the United States, U.S. digital IDs will likely be based on smartphones and biometrics, said U.S. Congressman Bill Foster, the author of the ‘Improving Digital Identity Act,’ which is currently before Congress with bi-partisan sponsorship, said in an ID2020 webinar.  Foster discussed the need for secure digital identity to back a wide range of services, including any digital immunity certificates that might be established.

And in Australia, Government Approval is well underway for Proof of Vaccination App, a unethical medical coercive initiative that will potentially be used for travel, access to pubs, restaurants, public transport & ‘no jab, not pay’ initiatives.   You may also not be able to enter public buildings, or keep your job with proof of Vaccination.

Vaccination Apps create the perfect storm for the world to move from a currency system (physical money) to a crypto system, where your every move can be tracked.   It is easy to see how these Government Immunisation Passports could easily be used to control our lives by limiting our access to shops that buy food, access to our digital money, and access to holding a drivers license to name but a few!

There are many ways Vaccination can be used to store information about you, and ultimate control you daily life.

This could be through Quantum Dot Tattoos, which are essentially quantum-dot tags that fluoresce with information after they’re injected as part of a vaccination.   Quantum Dot Tattoos are the initiative of Rice University & MIT, under the request of The Bill and Melinda Gates Foundation.

Quantum dots are designed to be delivered by a microneedle patch rather than using a traditional syringe and needle. Such patches are now being developed to deliver vaccines for measles, rubella, and other diseases. Quantum dots are composed of nanocrystals, which also emit near-infrared (NIR) light that can be detected with a specially equipped smartphone using an app. Bill Gates calls it the Human Implantable Quantum Dot Microneedle Vaccination Delivery System.

Could the implantation of Quantum Dots become part of the Cloud of information that is held about you?   According to a research published in the journal Frontiers in Neuroscience, exponential progress in nanotechnology, nanomedicine, artificial intelligence (AI), and computation [Transhumanism] will lead this century to the development of a “Human Brain/Cloud Interface” (B/CI).

Being connected to the Cloud would mean neural nanorobots would provide direct, real-time monitoring and control of signals to and from brain cells to allow Matrix-style downloading of information.

Maybe this is where EarthNow comes into being ?  Are Digital IDs the gateway to interface humans with the IoT – The Internet of all Things ?

These devices would navigate the human vasculature, cross the blood-brain barrier, and precisely autoposition themselves among, or even within brain cells. They would then wirelessly transmit encoded information to and from a cloud-based supercomputer network for real-time brain-state monitoring and data extraction. With the advance of neuralnanorobotics, we envisage the future creation of ‘superbrains’ that can harness the thoughts and thinking the power of any number of humans and machines in real time,”
– Robert Freitas, senior author of the research, University of California, Berkeley and Institute for Molecular Manufacturing in the US.

I find it interesting that the enzyme in Quantum Dots is called Luciferase. Mark of the Beast maybe ?

The mRNA Moderna vaccine reportedly contains Luciferin, another name for Luciferase.  Dr Carrie Madej gifts us a deeper insight into the Moderna Vaccine, where she discusses how luciferase & nanoparticles push humanity along the pathway toward transhumanism.

And finally, we already have the technology to injectible RFID devices.  What could possibly go wrong with this, afterall they would make a great tracking device for 5G/6G interfaceble EarthNow.

Where to from here ?

As we sit upon this precipice of change, critical thinking, intelligent debate and standing up to those who oppress our Health Freedoms are essential.

Whilst Bill Gates may have a plan to Vaccinate the World, there is power in the hands of the majority.  We must stand up, speak up, and challenge those wish to play God with what it means to be human.

As I wrote about in my Allegory of Sleeping Beauty article, when our convictions of LOVE & belief in ourselves become greater than our FEARS, then the spell of evil has no power over us.   When we own our LIGHT & connect with Divine Intelligence, LOVE takes us to a higher place.

These words from Martin Luther King Jr speaks volumes to this moment: 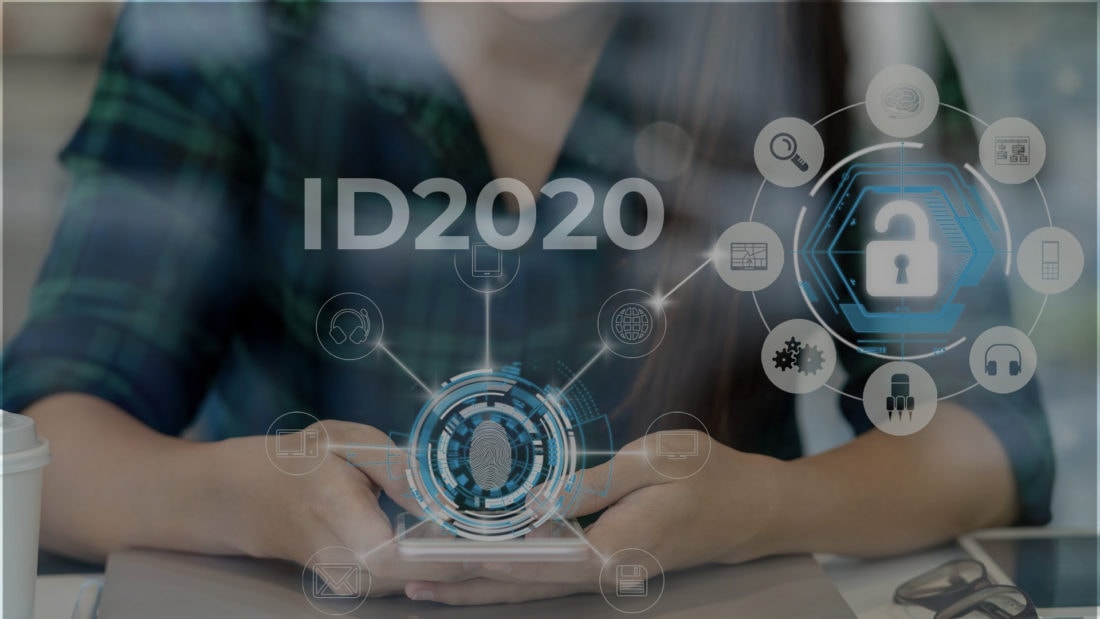